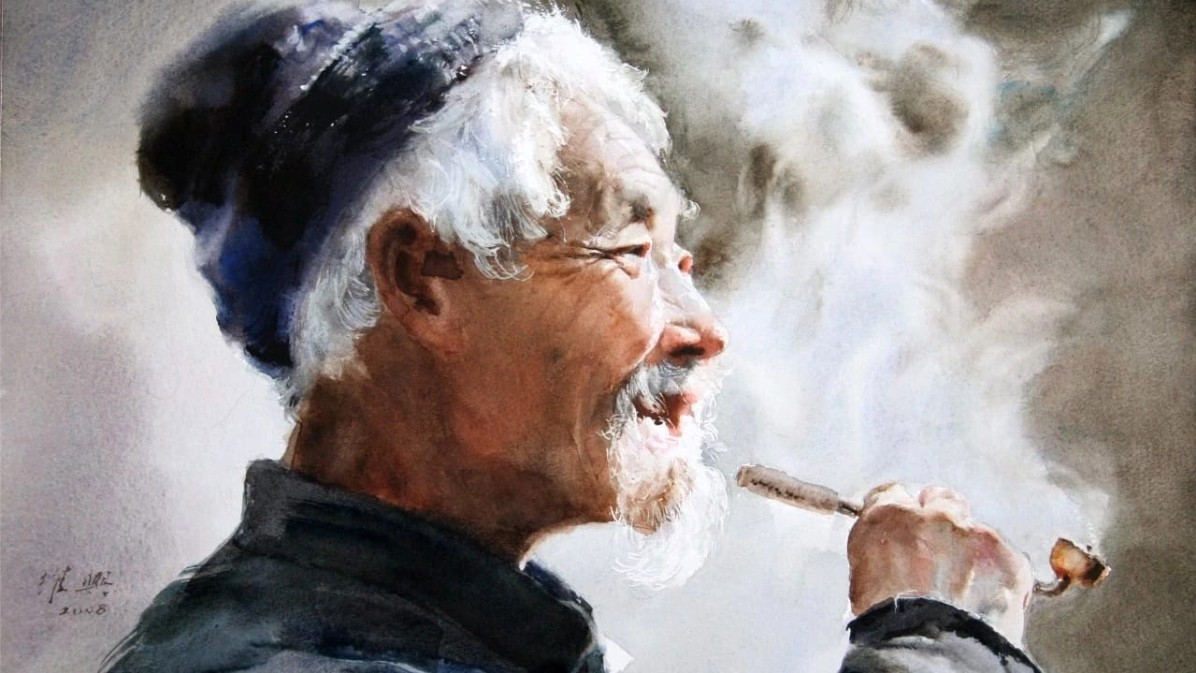 When I first saw Mr. Guan Weixing’s watercolor painting I was captured by the vivid watercolour figures he drew. Like they got frozen live by Mr. Guan’s bright colours and exquisite strokes, and locked onto his watercolour paper.

Mr G Wei Xing has participated in some major exhibitions domestically and internationally. His vivid watercolours are and collected. He has exhibited in more than ten countries and regions such as the United States, Japan France. His painting “Chu Xue” won the Gold Medal of the American Watercolour Exhibition, and another painting “Friends” won the Excellent Works Award of the 126th International Watercolour Exhibition, held in the United States. He has created more than 80 watercolour illustrations for the famous Taiwanese writer Lin Haiyin’s novel “Old Things in the South”. It was published in three volumes in hardcover and published in the world. He also won the International Illustration Award for three consecutive years at 92, 93 and 94.

He was also a tutor of Flora.